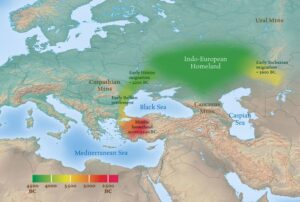 (of which only one Yukagir language is preserved); Eskimo-Aleut (mainly spread in the USA, Canada and Greenland; only about 1,000 Eskimo people in Russia. Chukotka and about 1 thousand Eskimos and about 50 Aleuts on the Kondor Peninsula. Aleuts on the Commander Islands); Yeniseian, or Ket-Asan; and Nivkhian (represented by the only Nivkh, or Gilyat language, which has not been found related). Sometimes Paleo-Asiatic also include Burushaski (spoken thousands of kilometers from Eastern Siberia, in Karakorum) and Ainu (mainly on Hokkaido Island in Japan). According to the Nostratic and Sino-Caucasian hypotheses, most of the Paleo-Asiatic languages are distributed between the Nostratic (Eskimo-Aleut, Yukaghir-Chuvan and, possibly, Chukchi and Kamchatka) and Sino-Caucasian (Yenisei and Burushaski) superfamilies; only Ainu and Nivkh languages appear to be completely isolated in this case.

What is layout and what is it for

The choice of specialization is a responsible business!